I am in the process of pursing my next pilot rating: the instrument rating. I obtained my private pilot certificate in October 2018, and while it allows me to fly myself and passengers just about anywhere I want, I am not allowed to enter or get close to clouds or low visibility. The instrument rating teaches pilots how to control an airplane by reference to instruments only, as opposed to using the physical horizon as a reference.

One of the most critical skills to learn for instrument flight is how to fly an instrument approach. The Federal Aviation Administration (FAA) publishes specific procedures for how to guide an airplane from the enroute environment to the runway with no visibility until just before the runway. These procedures make use of radios and GPS equipment onboard the airplane, as well as instruments that show a pilot their lateral and vertical deviation from the desired path. The picture above shows a VOR/ILS indicator, which is installed in most aircraft. It helps a pilot determine their lateral position and vertical position (if installed) on an instrument approach. The lateral and vertical radio signals are emitted from separate trasmitters at the airport, and are received by the inbound aircraft’s radio. The transmitter for the lateral signal is called a localizer (shown below).

I use the X-Plane 11 flight simulator at home to practice some instrument flying procedures on the cheap. To make the situations as realistic as possible, I use the most up-to-date databases from the FAA to generate up-to-date waypoints, navigational aids, and approaches in the virtual world. This is super neat because I am able to practice the actual procedures as I would encounter them in the real world.

I noticed when flying the ILS 28R approach at Modesto Airport that the localizer was offset from the runway center line by hundreds of feet. I discovered this as I popped out of the clouds after flying the approach aligned with my localizer needle perfectly centered. The runway was to my left and out of view. Having flown the approach in real life, I knew that something was wrong. 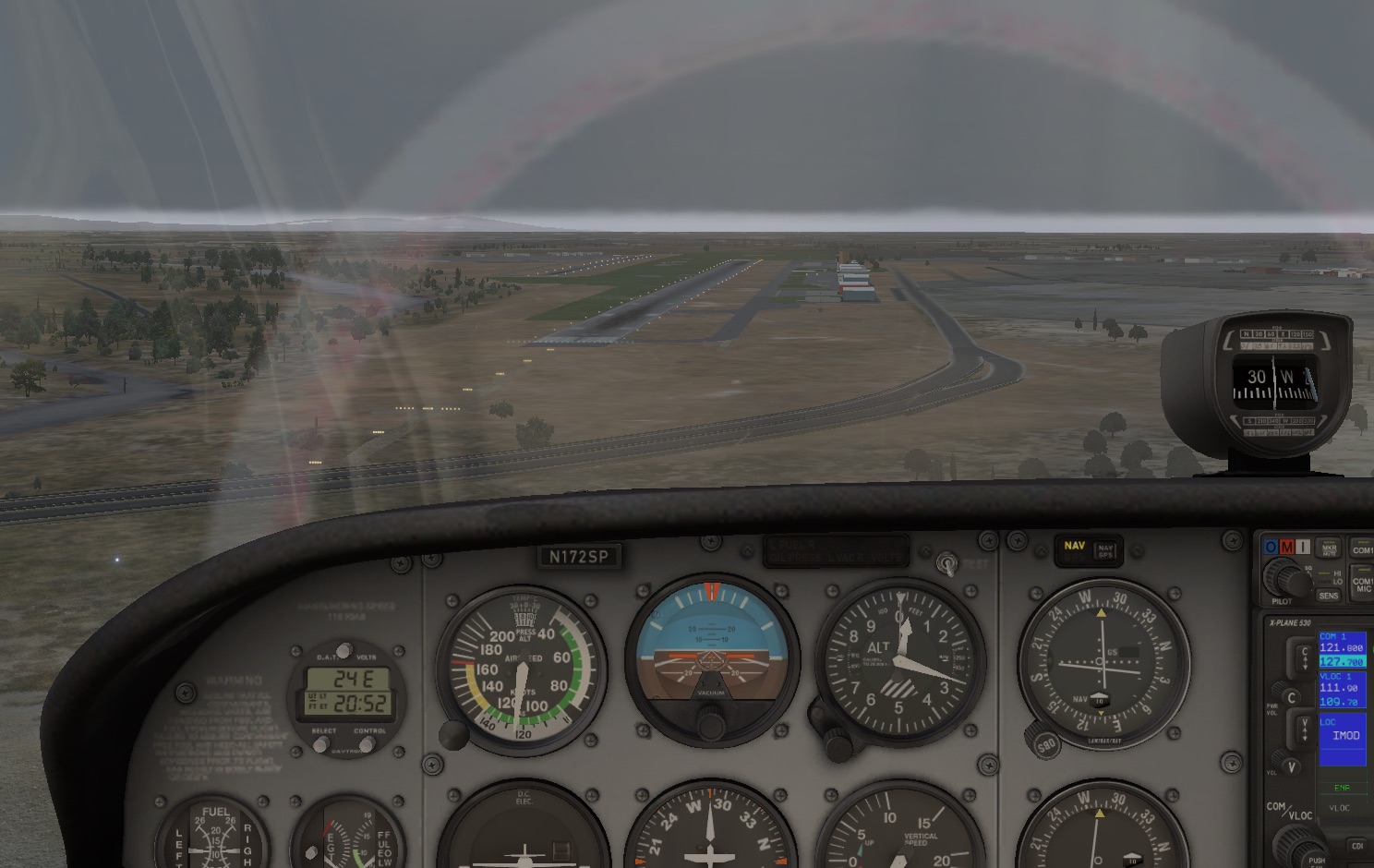 To debug, I removed my custom data file and used the factory X-Plane data. The localizer was aligned perfectly as expected. So I knew there was something wrong with the custom data I was using.

The custom data I use in the simulator comes from the Coded Instrument Flight Procedures (CIFP) file and is released by the FAA every 28 days. You can download it for free on the FAA website. This data is the same data that gets processed by the GPS manufacturers and third-party companies to provide up-to-date databases and procedures for pilots in their aircraft.

The CIFP file is a plain text file that is formatted according to the ARINC 424 specification. The FAA currently uses version 18. I could only find the PDF for version 17 online, but it seems to be mostly the same. There is a ton of information in this file, including a digital representation of just about every airway, waypoint, physical navaid, and instrument approach procedure. It includes every localizer as well as its geolocation and bearing. The bearing of a localizer is the value in degrees which the localizer provides a “center line” for an aircraft’s instruments.

After combing through the dense PDF specification and decoding the data, I realized that the bearing for the localizer is represented in tenths of degrees. Further research online in the X-Plane forums confirmed that this precision is not good enough to properly simulate a localizer. The factory data for X-Plane represents the localizer bearing in thousandths of degrees.

The ARINC 424 specification has optional data fields to include a more accurate bearing for localizers specifically for simulation purposes, but these fields are not populated in the CIFP file provided by the FAA. I have a hunch that it is included for simulators approved by the FAA for flight instruction, but cannot confirm that.

There are already programs out there that use the existing X-Plane data to populate these simulation records, but I wanted to find a solution that does not depend on stale data. The aforementioned solution works great for all the approaches that X-Plane had in 2016, but what about going forward? In reality, localizers rarely get removed or moved so the simple solution works for probably 99% of cases. I had some spare time to kill so I did some more thinking on how to solve the problem generically. I spent a week writing a parser in Golang that reads the FAA CIFP file and stores the relevant information necessary in order to calculate an approximate bearing for every published localizer. It then inserts an additional simulator entry that contains the more accurate bearing. All other content of the file is written out verbatim from the original.

I built a simple web app that automatically processes the latest FAA data and makes it available for you to download. If you are technically savvy, you can find the code for this project on GitHub and run the software yourself.

This project was a tremendous learning experience on so many different fronts. Other than the obvious programming practice and knowledge of the ARINC 424 specification, I think a few other things are worth mentioning: